There was poor young man with a big dream, and one day while communing with the Lord, he said, “Lord, I want to do great things for You in my country, and for Your people, but I am poor; I have nothing to even begin with. I want to bring You Glory, only because, I love You!”

As he continued walking; giving thanks to the Lord and praising Him with his head bowed down, a tear dropped from his eyes. A splat fell to the ground on a tiny seed; this seed would have never been found from any eye; it was so tiny and lightly dusted, with the exception of a single tear that watered it and gave it life.

Everyday the poor young man walked this long dry path, where there were no plant life whatsoever. The road was hard except that as he walked this lonely road, the steps of his feet cultivated the path . And everyday, as he walked this path, he would tell the Lord of His greatness with his head bowed low, and tears flowed from his eyes because his dream was to big for a poor young man who didn’t even have the means to begin. He never took notice as the days went by, a sprout began to grow. 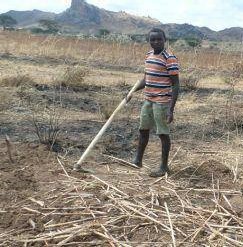 One day while communing and giving thanks to the Lord,  the young man still with his bowed low, bumped into something, knocking him to the ground. When he looked up, he seen a tall mustard tree standing before him. It’s branches were stretched out far and wide. Underneath the tree were new sprouts beginning to grow.

The young poor man seen what he had sown in tears, and praised the Lord even more. He made oils to sell at the market, and with the wealth he made, he shared with all. He gave God all the glory, and so did they.

31 He told them another parable: “The kingdom of heaven is like a mustard seed, which a man took and planted in his field.32 Though it is the smallest of all seeds, yet when it grows, it is the largest of garden plants and becomes a tree, so that the birds come and perch in its branches.”

Count it all joy

Top 10 of Anything and Everything - The Fun Top Ten Blog

A Collection of Blogs Written By Men & Women In Prison

PRAYERS TO THE COSMOS

Daily Words to God in the Spirit of A COURSE IN MIRACLES, A COURSE OF LOVE, THE WAY OF MASTERY, and CHOOSE ONLY LOVE . . . with Celia Hales

The personal site of Jonathan Hayashi

Healing on the path of learning

Powerful Wisdom For A Happy And Fulfilled Life

“Poetry is a deal of joy and pain and wonder, with a dash of the dictionary.” - Kahlil Gibran

You are never alone in your problems!

I lift up my eyes to the hills - where does my help come from? My help comes from the Lord, the Maker of heaven and earth. Ps. 121:1-2

Student of Life. Advocate for serious joy in Christ.

BeautyBeyondBones
Women: Each One A Survivor